Best Places to Visit in Vietnam

Thinking of travelling to Vietnam for your next trip but not quite sure where to visit aside from Ho Chih Minh and Hanoi? Fret not, we’ve got you covered. Check out some of the popular, highly recommended and picturesque places in Vietnam where you can get your IG-worthy shots and Vietnamese coffee fix.

Mu Cang Cai is a rural district located in the northwest region of Vietnam. This mountainous province of Yen Bai is famed for its spectacular rice terraces and is home to the Hmong and Thai ethnic groups. Rice terraces cover more than 2,200 hectares of land in the district of which 500 were designated as national heritage sites.

Mu Cang Cai is a popular place for trekking, cycling and photography due to its rustic landscapes and authentic vibes. Imagine trekking through those jaw-dropping rice terraces to interact with the ethnic minorities such as the H’mong and Red Dzao tribes.

Hoang Lien National Park is worth a visit as it’s deemed one of the most important national parks in Vietnam. The National Park has preserved various traditional cultural beauty of the ethnic communities living there such as housing architectures, music and dances of Giay, Mong and Dao ethnic groups.

For a unique luxurious experience in the countryside, you can stay at Topas Ecolodge, one of the National Geographic’s Unique Lodges of the World — “lodges that invite guests to discover some of the planet’s most treasured places while helping to protect those places for generations to come.” 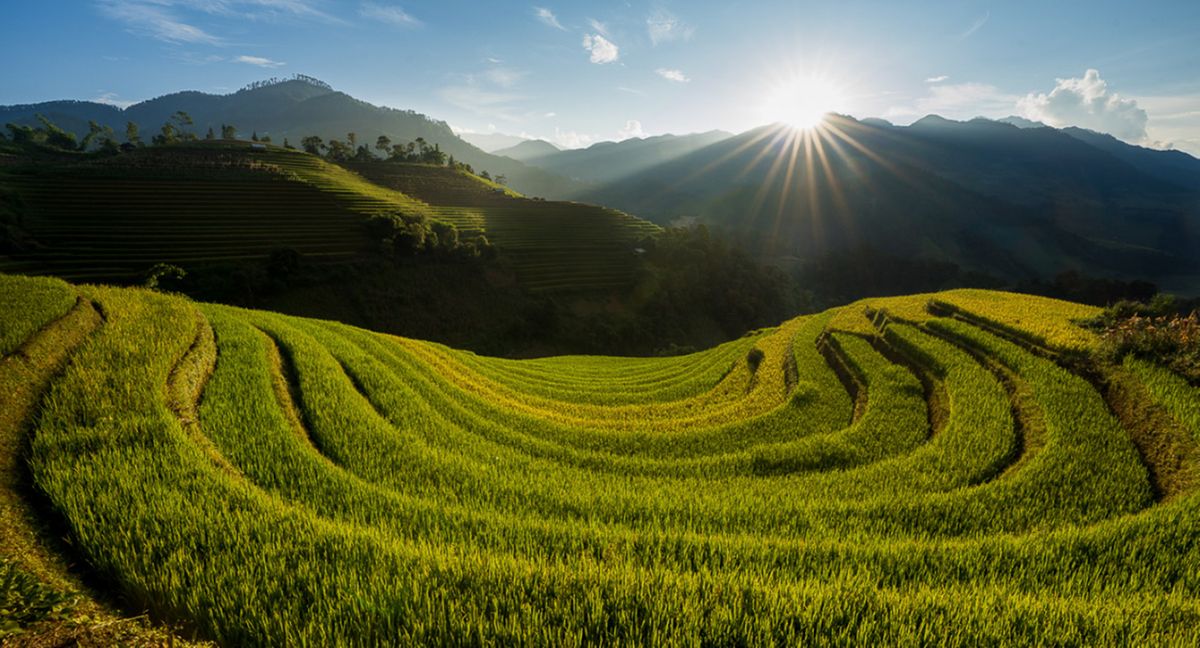 Located at 1500m above sea level, Sapa is famously known for its picturesque landscapes and cultural diversity. Surrounded by rice terraces, lush vegetation and Mount Fansipan, the highest peak in Vietnam, Sapa is a popular attraction. You’ll be able to make friends with the ethnic minorities as you traverse through the stunning local villages. There are also many local handicrafts stalls for you to pick up some traditional crafts.

Take a cable car ride to Mount Fansipan for majestic views of the valleys below. The Sun World Fansipan cable cars hold a Guinness World Record as the tallest, longest and most advanced three-wire cable car system installed for the first time in Asia. Riding to the summit of Vietnam is a highlight for many travellers.

Visit the Xa Pho community at My Son Village. The Xa Pho community is semi-nomadic and has strong bonds. Their lifestyle and clothes are very different from the other ethnicities in Vietnam. If you’re into quirky architecture, check out the Sapa Sun Plaza for its distinct style. 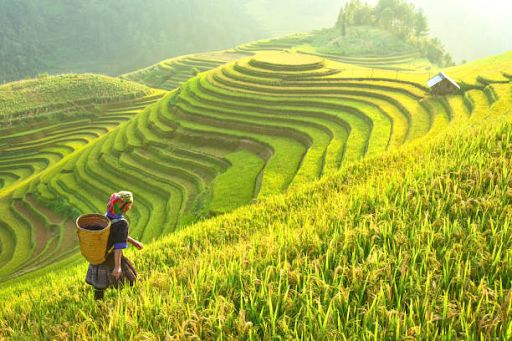 Phu Quoc is a Vietnamese island off the coast of Cambodia in the Gulf of Thailand. The idyllic island used to be a well-kept secret but luxury resorts have sprung up in recent years and Phu Quoc is gaining its well-deserved popularity.

For beach lovers who are looking to bask in the sun with some laid-back island vibe, Phu Quoc is the perfect destination for you. From island hopping to dining at an intimate restaurant beneath a Banyan tree, Phu Quoc will not disappoint.

Some of the popular attractions in Phu Quoc include Pineapple Island, Duong Duon Town, Turtle Island, Fingernail Island, May Rut Island, Ham Ninh Fishing Village and Phu Quoc Prison, also known as Phu Quoc Coconut Tree Prison. The prison was formerly the national prison of Vietnam which captured 32,000 prisoners and used to be the largest prison in Southeast Asia in the 1940s.

Of course, you also need to feast on the fresh seafood while in Phu Quoc. 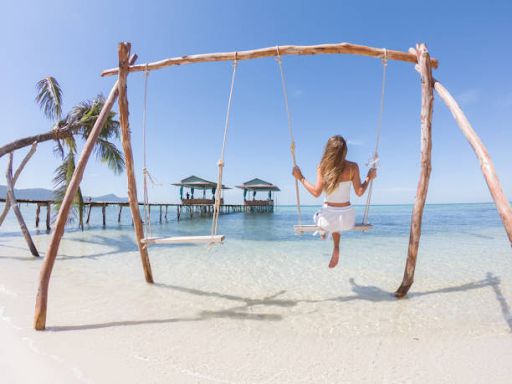 Bordering Yunnan province in southern China, Ha Giang lies in the remote far north region of Vietnam. If you’re looking for an off the beaten track tour in Vietnam, Ha Giang is definitely the place for you. Unlike the highly popular Sapa, Ha Giang is still relatively uncharted territory.

Be prepared for an adventure of a lifetime as you explore through narrow, twisting roads and winding mountain passes. Immerse deep into the local culture with a homestay at Tay village. The local beers and Vietnamese hospitality are bound to melt your heart.

For the best panoramic views of the spectacular mountains, drive along Heaven Gate and head to Quan Ba. There’s a ‘Twin Mountain’ in Quan Ba that resembles a woman’s breast. Legend has it that the curvaceous mountains are the breast of a fairy that came to earth and fell in love with a handsome H’mong man. Well, one thing is for sure — it’s not difficult to fall in love when you’re in a place as mesmerising as Ha Giang. 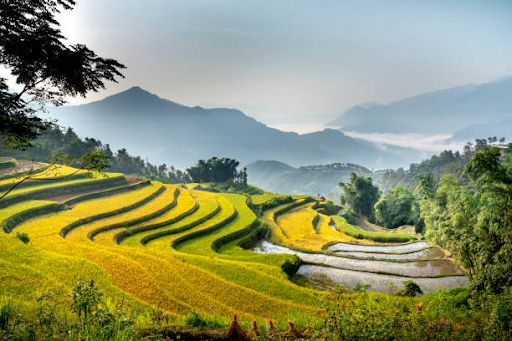 Hanoi, the charming capital of Vietnam is known for its centuries-old architecture and rich culture with a blend of Southeast Asian, Chinese and French influences. It’s a city of lakes, parks, and elegant architecture.

Spend your night at the quaint bars as you enjoy your Bia Hanoi (Hanoi beer). The Bio Hoi — literally fresh beer — culture in Vietnam started in Hanoi, so it will not be difficult for you to find a place to sit and drink. And have you heard? Vietnam boasts one of the cheapest beers in the world. Beer in Vietnam typically costs around 5000 to 800 VND (approximately SGD0.30 to SGD0.50).

Take a nice stroll along the bustling Old Quarter and the popular Hoan Kiem Lake, meaning ‘Lake of the Returned Sword’. The rustic charm of Hanoi provides plenty of photography opportunities to travellers.

Explore the iconic landmark, Temple of Literature, one of the temples in Vietnam dedicated to Confucius, sages and scholars. The complex offers a rich and diverse look into the history and culture of Vietnam since the 10th century. The temple was also featured on the back of 100,000 Vietnamese Dong banknotes. Another important site in Hanoi is the Mausoleum which serves as the resting place of Vietnamese Revolutionary leader and President Ho Chi Minh.

Wrap up your Hanoi adventure with a popular water puppet show at a traditional theatre. Catch a glimpse of Vietnam’s colourful past as you marvel at the expertly-wielded puppets performing on the water’s surface. 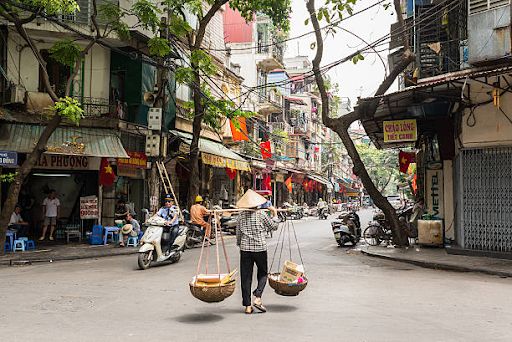 Halong Bay, a UNESCO World Heritage Site, is a popular tourist destination in Vietnam that needs no introduction. The bay is dotted with 1,600 limestone islands and islets, covering an area of over 1,500 sq km. Halong Bay is approximately 2.5 hours away from Hanoi.

The best way to explore Halong Bay is to hop aboard a cruise to witness the islands, caves and floating villages up close. You can even explore the majestic caves inside some of the hollow islands. The marvellous mountains and dazzling beaches will leave a deep impression on your travel journal.

Spend a night on the cruise to catch the most breathtaking sunset before you head back to the land. Watching the limestone pillars jut out of the morning mist is simply magical.

This beautiful wonder of the world is definitely worth a visit. 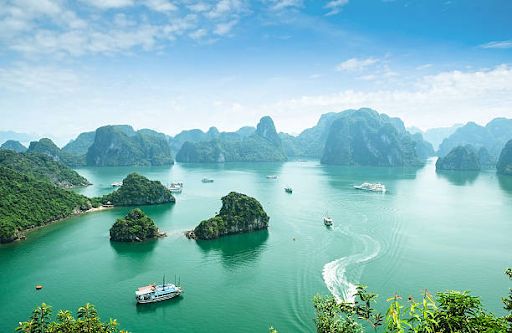 Hue, in north-central Vietnam, has a grand imperial past. Palaces, temples, tombs and pagodas surround the city. Aptly named the Imperial City, Hue is one of the most charming towns in Vietnam. History lovers will enjoy the ancient architecture and engaging museums.

From Hue, you can travel through the most famous road in Vietnam, Hai Van Pass. The 20-kilometre road joins Hue to Danang and is the highest pass in Vietnam at 500m above sea level. You will be rewarded with spectacular views of the mountains as you traverse through some slight bends and hairpin turns. 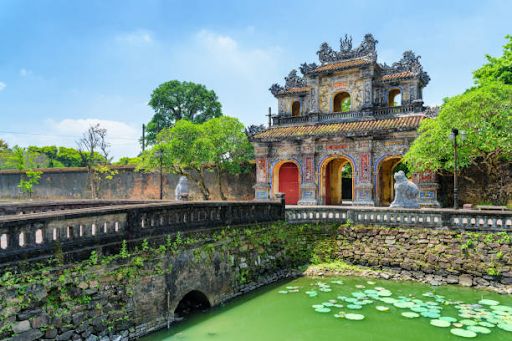 Located on Vietnam’s central coast, Hoi An was voted 2019’s best city in the world in Travel and Leisure’s annual ‘World’s Best’ survey. And it’s not difficult to see why. Hoi An has an incredible food scene, laid-back vibe, friendly locals and rich culture.

Expect to find colourful lanterns hanging on the streets and the best banh mi in Vietnam. Take a stroll through the captivating ancient town and soak up all the ingenuity that the city offers. Hoi An is also famous for its pottery and tailor shops because of its humble beginnings as a small trading port city on the Silk Road. If you are looking to tailor your clothing, look no further.

Hoi An is a timeless city that has plenty to offer for everyone. 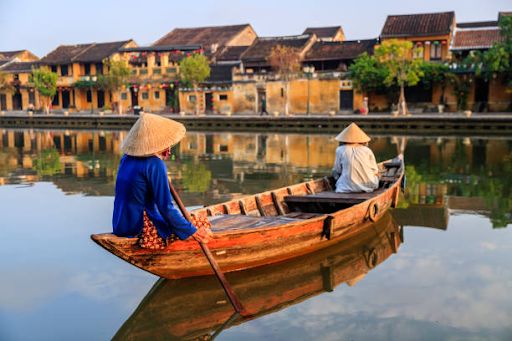 Ho Chi Minh city is the largest city in Vietnam and is the business and financial hub of Vietnam. It has a prominent history dating back hundreds of years. The city is a popular travel destination owing to its sleek skyscrapers, interesting culture and ornate temples.

Travellers just can’t get enough of the energy and vibrancy of the dynamic Ho Chih Minh city. Visit some of the top landmarks such as Notre Dame Cathedral, Central Post Office, Chinatown, Ben Thanh Market and the famous Chu Chi tunnels.

For the foodie, there are plenty of rooftop bars and fantastic restaurants in Ho Chih Minh offering a variety of cuisine. You can also find locals gathering around dented metal bales for a roadside feast. Don’t miss out on trying popular Vietnamese food such as banh mi (sandwich), banh xeo (savoury pancakes), and com tam (broken rice). 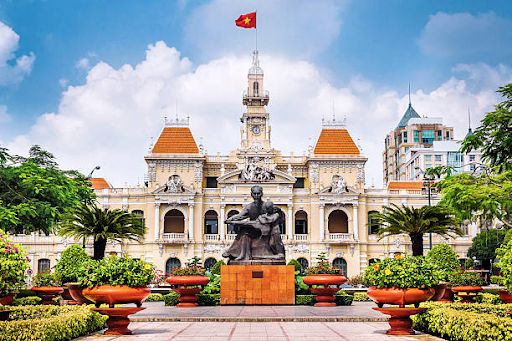